I wanted to share my quick thoughts on Ralph Breaks the Internet – the second installment in the Wreck It Ralph series story! We went to the theater today to see it, myself, Dan, the two girls, and my mother in law – and really enjoyed the story. It truly had something for everyone and each person in our party thought the story line was well put, we also got plenty of laughs!

The girls at the time of watching the movie were Natalie, just turned 7 years old, and Isabella, age 8. 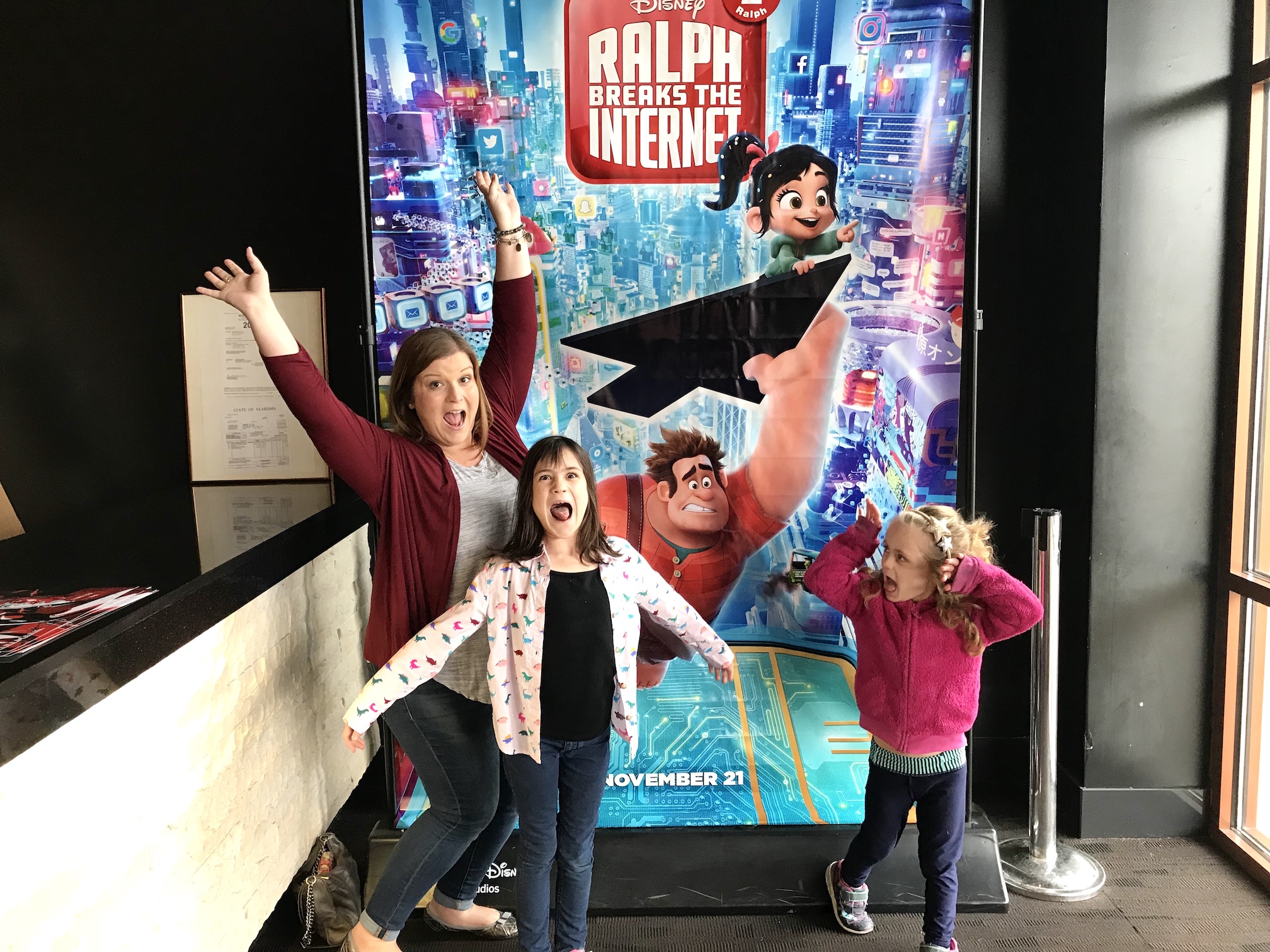 The story is one about friendship, and about finding yourself. These are both timely topics for our family, since we have all made big moves in the past few years and part of that experience includes picking up and moving away from friends. Good friends. This movie explores what it means to be a friend, and how friends can stay friends even as our circumstances change.

I really appreciated how the story came together, and I also thought it was a neat coincidence that my best friend happened to text me right as the movie started! I am proud to call her my best friend, even though we do not currently live in the same state and at times over the years we have lived apart, we have remained friends through all of these changes and I think this movie really spoke to people in that situation.

There were also a number of hilarious topical moments. The Disney princess scene did steal the show for a short time, although the strong characters of the Wreck It Ralph series, as well as some new characters they introduce for this movie, hold their own just fine and kept your attention. I felt like the new characters introduced, especially a main one from the game Slaughter Race, Shank – had a great story that we got to see unfold.

I really appreciated that Walt Disney Studios had each of the princess voices come back to do their own voices, because that really made the princess scene work. 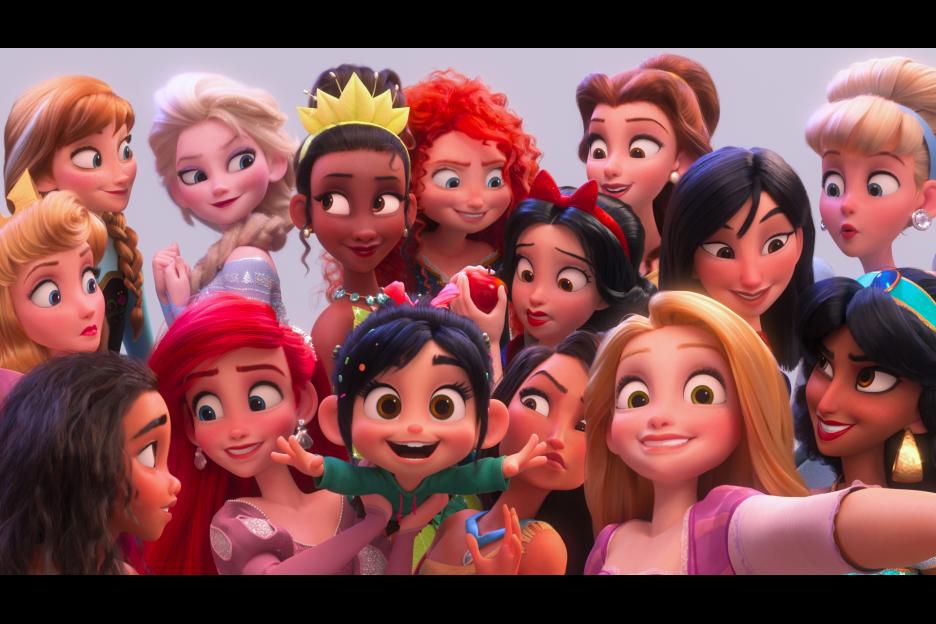 I loved the character “Yesss”, as the algorithm for the video platform ‘BuzzTube’. (Sound familiar?!?!) To get your video to trend, you have to get past this algorithm and much of this scenario had me absolutely rolling! As someone whose work relies on YouTube and deals with the constant algorithm changes, they spot on nailed this character!

References to Internet sites and social media were of course all thorughout the movie, given the location for the movie was “The Internet”, that was to be expected. It was well woven in with the storyline though and I felt like they chose a good few to focus in on for the story to work.

The movie only had one “scary” part towards the end, that both girls reacted to but wasn’t an issue. If you child can sit through the Te-Ka  portion at the end of Moana, this part will be no issue for them.

All in all, the newest Wreck It Ralph movie was light-hearted and had a great story that works for this current generation. We loved all of the topical references, and working in social media myself, I enjoyed seeing the story unfold where Ralph had to use social media as a “job” at one point. I also appreciated that they acknowledged some of the pitfalls of social media and addressed it in a manner that didn’t end up being over a kid’s head, but also made adults think as well.

It was a great show and I’m looking forward to seeing it again when it comes out on DVD and digital! Don’t forget to check out our previous post, with some fun Ralph Breaks the Internet activities to do at home before you see the movie!

** This was not a sponsored review. All opinions are my own.