We were fortunate to be able to screen the new Disney Pixar movie Onward during our Disney Creators Celebration trip, and I wanted to share a no spoilers review of the movie! What we thought, and how the kids reacted… as well as my thoughts from a specific point of view that I don’t mention often, but it has been a part of my life.

In brief, although I found a love of Disney and happy endings very early as a child, my childhood was filled with ups and downs that were not a fairytale. My parents divorced when I was 8. There were years of turmoil prior to the divorce, and years of turmoil after the (multi-year) divorce was finalized, it was a defining event in my childhood for sure. One of my most distinct childhood memories was arriving home from school on a random day in 2nd grade to find that all of our living room furniture and parent’s bedroom furniture was gone. My father had moved out with no warning.

In that moment, I realized that I didn’t really have a “home” any longer. Although my mother did the best she could with what she had, we no longer were able to stay in that house because of finances and moved to a smaller little bungalow. There are lots of ups and downs that could fill a book, but the basic point going into this movie review is that I think that a lot of children of divorce – if they’ve come from toxic divorces – feel a sense of loss. It is not the same as losing a parent, but as a child of divorce you do have a sense of what could have been different, if your parents would have made different decisions or had been able to be different people. So sitting in the theater seat did remind me of that sense of loss I felt as a child.

The movie starts with plenty of light-hearted moments and you are introduced the characters quickly. The brothers Ian and Barley are quirky and different, and you immediately feel an affinity for their story. 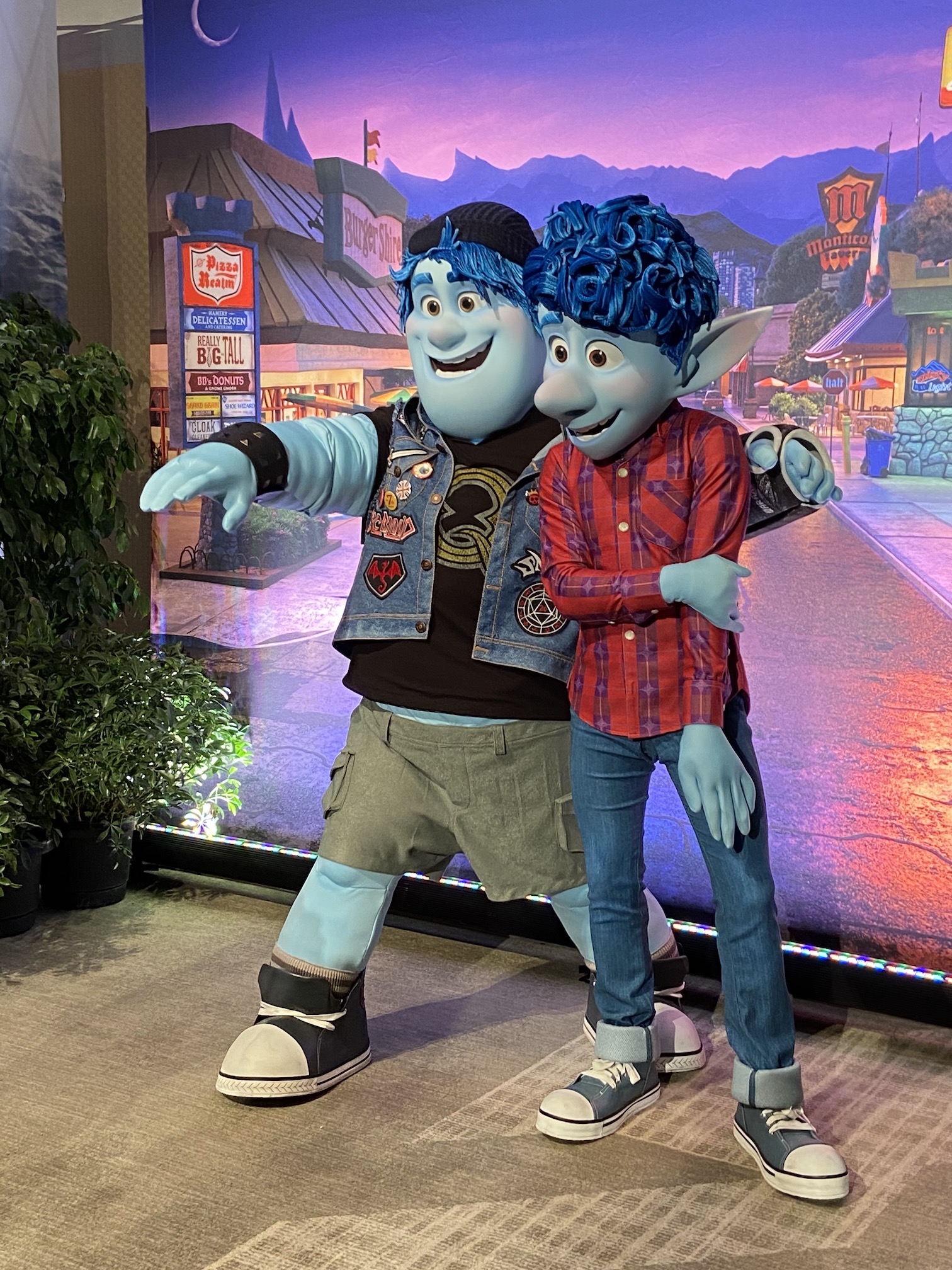 The story movies quickly and brought many of laughs from my 8 year old and 9 year old. There are tense moments, but nothing that made my girls have to hide their eyes or make a bathroom trip out of the theater. (One of my telltale signs that something has gotten too scary… unless they just actually had to go!)

We enjoyed being on the journey with Ian and Barley, and I also particularly enjoyed the ending. It resonated with me, coming out of my childhood situation, because much like Ian and Barley – my sister and I had two different childhood experiences. She remembered having a “set of parents”, I did not. Without giving any spoilers away, the ending was very touching and I thought they did a good job tackling a tough subject.

What the girls thought: My girls were 8 years old and 9 years old at the time of watching the movie, and it actually resonated with them more than I had thought it was going to. When we later saw some Onward merchandise in a store in Walt Disney World, Natalie ran over and put a number of items on her wishlist. She also later picked out the Onward book at a school book fair. 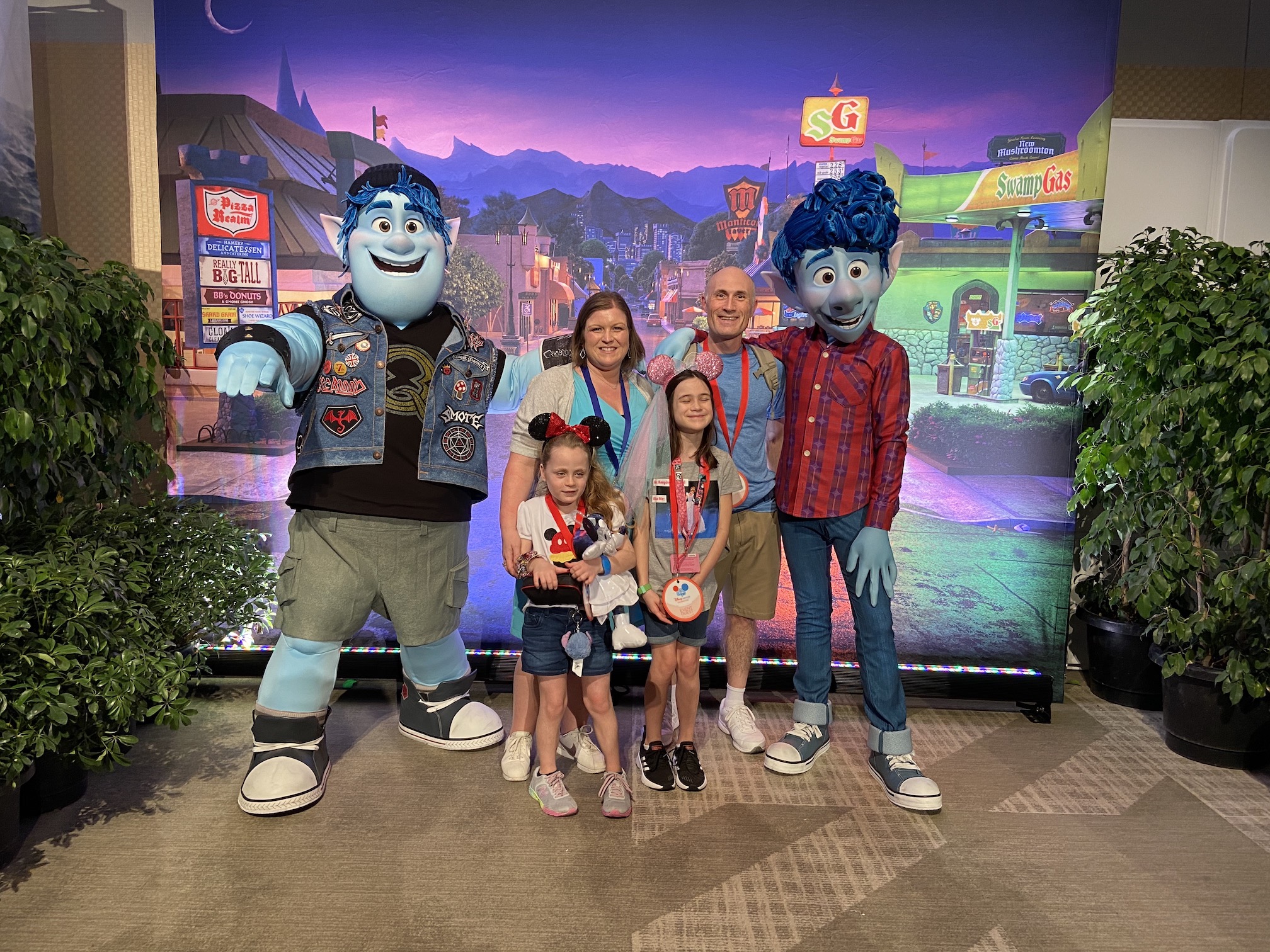 They both had empathy for the characters and especially my 9 year old, loved the slapstick funny moments – that were levied in to ease tense moments.

It is a movie that I think we will definitely see again once it comes to Disney+, and I’m glad we had a chance to see it in the theater! I think they would have been comfortable seeing this movie in the theater to as a young of an age as 5, and given the wide range of this film, it should even entertain pre-teens and tweens.

Pixar’s Onward is in theaters on March 6th, 2020! Check your local theater listings for times.

** I attended the 2020 Disney Creators Celebration and received special accommodations and experiences as a part of my stay. All opinions are my own.